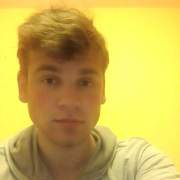 Hi there, I am a 20 year old student in Split Croatia. I would like to study at the University of Amsterdam in the dutch language, therfore I want to get very basic knowledge in the dutch language and increase it to the point where I eventually can pass the NT2 language exam. Furthermore I always lived at the border region to the Netherlands and I am just very interested in learning dutch. I speak german and english fluently, so anyone how wants to learn german here I am.

I am also generally open to new languanges, like spanish or portugese, but my main focus is on the dutch language & culture. Just text me :)